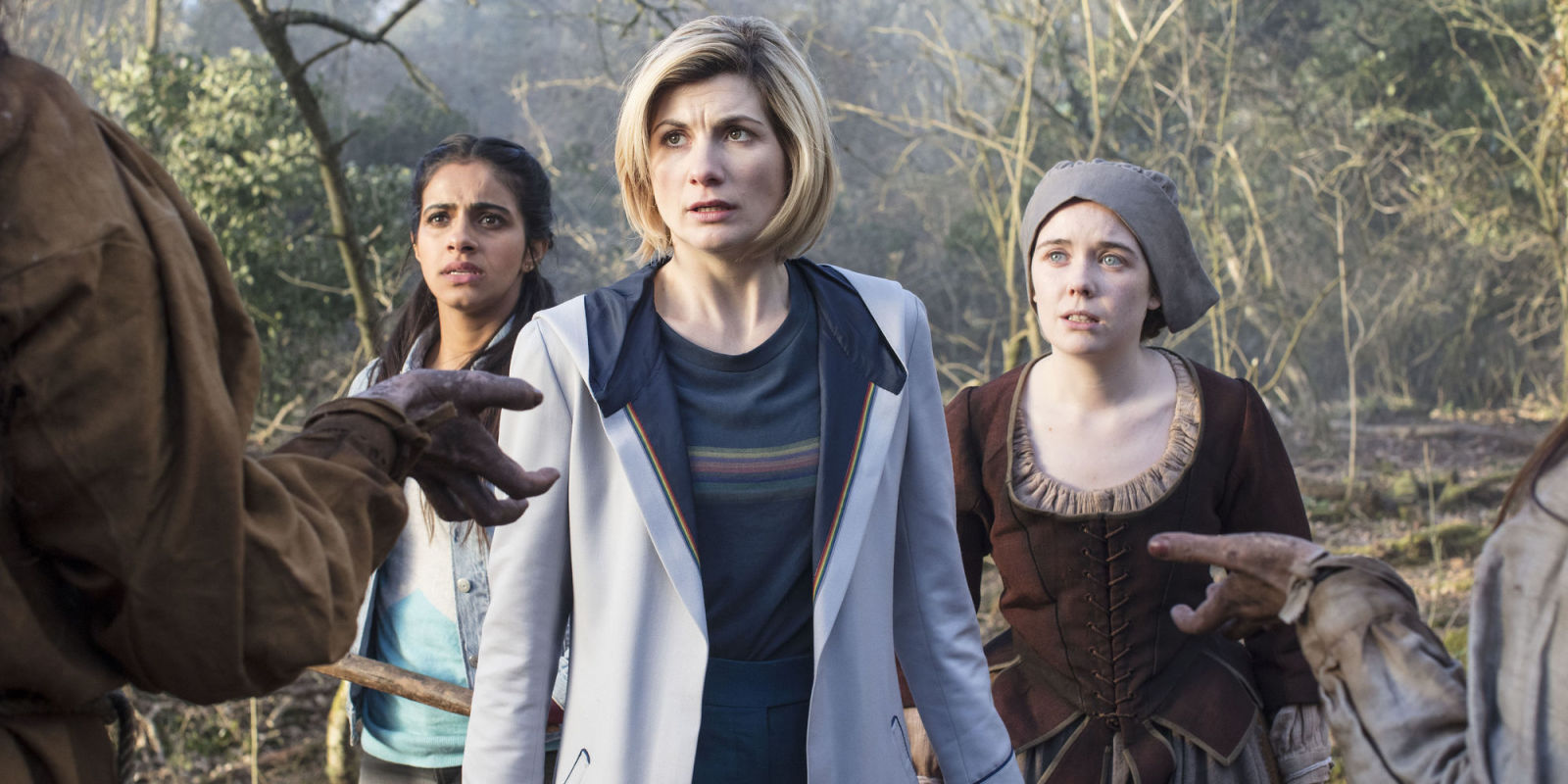 Doctor Who: The Witchfinders (TV) (2018; UK; Colour; 50m) ***  pr. Alex Mercer; d. Sallie Aprahamian; w. Joy Wilkinson; ph. Tim Palmer; m.Segun Akinola.  Cast: Jodie Whittaker, Bradley Walsh, Tosin Cole, Mandip Gill, Alan Cumming, Siobhan Finneran, Tilly Steele, Tricia Kelly, Arthur Kay, Stavros Demetraki.  The Doctor, Ryan, Graham and Yaz arrive in 17th century Lancashire and become embroiled in a witch trial, run by the local landowner. As fear stalks the land, the arrival of King James I only serves to intensify the witch hunt. But is there something even more dangerous at work? Can the Doctor and friends keep the people of Bilehurst Cragg safe from all the forces that are massing in the land? A promising storyline with one or two effective scenes is undermined by a cluttered TARDIS crew trying to find enough to warrant their inclusion. Finneran delivers a strong performance, notably when she becomes possessed, but the script is not as strong as it should have been, failing to drive sufficient tension from the narrative. So, what could have been the strongest episode of this new set becomes yet another triumph of style over content. The visuals are what give the story its atmosphere and the make-up work is excellent too, but the story lacks depth due to the rush to cram a lot of material into the running time. The introduction of the alien threat late in the day leaves no room for further exploration of backstory or motivation. Ultimately, this is a story that would have benefited from room to breathe.

Happy Valley – Series 2 (TV) (2016; UK; Colour; 6 x 60m) *****  pr. Juliet Charlesworth; d. Sally Wainwright, Neasa Hardiman; w. Sally Wainwright; ph. Ivan Strasburg; m. Ben Foster.  Cast: Sarah Lancashire, Siobhan Finneran, Charlie Murphy, James Norton, Con O’Neill, Katherine Kelly, George Costigan, Shirley Henderson, Kevin Doyle, Julie Hesmondhalgh, Matthew Lewis, Amelia Bullmore, Angela Pleasence.  Sarah Lancashire returns in the acclaimed BBC thriller written by Sally Wainwright. No-nonsense police sergeant Catherine Cawood is back heading up her team of dedicated police officers in the Calder Valley in West Yorkshire. While on duty, she makes a gruesome discovery – a body. The victim’s injuries bear a striking similarity to a string of other murders over the previous few months, suggesting a serial killer is on the loose. But the case becomes even more shocking when it emerges that Catherine knows the victim – something that could have serious repercussions for both herself and her family. Wainwright manages to match the extraordinary success of the first series with an equally absorbing follow-up that puts Lancashire’s police sergeant through the emotional wringer. This exceptional piece of TV works as a psychological thriller, a mystery and a gritty drama, but feels natural because of the humour that is deftly mixed with the darkness. Wainwright’s characters are well drawn and real – enhanced by superb performances from a very strong cast. The location work adds to the authenticity and the visuals are underpinned by a resonant score from Foster. [15] 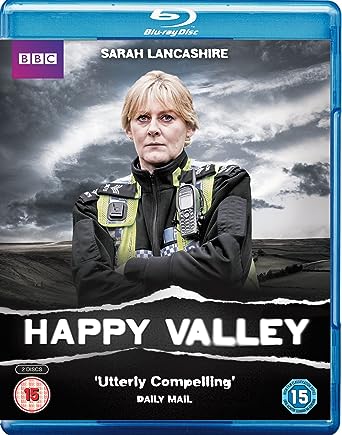 Happy Valley (TV) (2014; UK; Colour; 6 x 60m) *****  pr. Karen Lewis; d. Euros Lyn, Sally Wainwright, Tim Fywell; w. Sally Wainwright; ph. Ivan Strasburg; m. Ben Foster.  Cast:  Sarah Lancashire, Steve Pemberton, Siobhan Finneran, George Costigan, Joe Armstrong, James Norton, Adam Long, Charlie Murphy, Karl Davies, Jill Baker, Rhys Connah. Catherine Cawood (Lancashire) is a strong-willed police sergeant in West Yorkshire, still coming to terms with the suicide of her teenage daughter, Becky, eight years earlier. Cawood is now divorced from her husband and living with her sister, Clare (Finneran), a recovering alcoholic and heroin addict, who is helping her bring up Becky’s young son, Ryan (Connah), the product of rape. Neither Catherine’s ex-husband nor their adult son, Daniel, want anything to do with Ryan. Catherine hears that Tommy Lee Royce (Norton), the man responsible for the brutal rape that impregnated Becky and drove her to suicide shortly after Ryan was born, is out of prison after serving eight years for drug charges. Catherine soon becomes obsessed with finding Royce, unaware that he is involved in the kidnapping of Ann Gallagher (Murphy), a plot instigated by Kevin Weatherill (Pemberton) and orchestrated by Ashley Cowgill (Armstrong). Things quickly take a dark turn as the abductors scramble to keep the kidnapping secret, although Catherine is onto them. This is crime TV writing of the highest order, enhanced by a dynamite cast – including Lancashire as the world-on-her shoulders police officer and Norton as the dangerously psychotic ex-con. Well-paced and stylishly directed throughout – despite the use of three directors. Wainwright sealed her reputation as one of the best writers on TV with this series, which deftly mixes in elements of domestic drama along with a dry wit to complement a riveting crime thriller plot. A must see TV experience. [15]