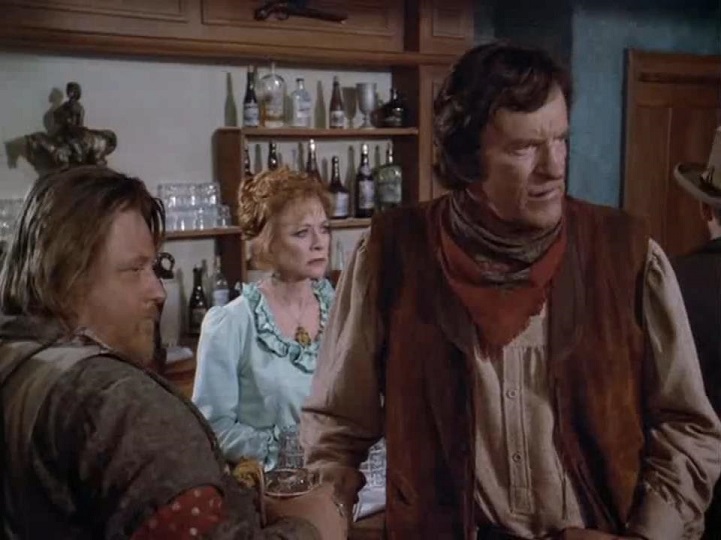 Will Mannon (Forrest) is released from a frontier prison and promptly goes in search of the people who put him there some 12 years ago — Matt Dillon (Arness) and Kitty Russell (Blake). This TV movie plays heavily on nostalgia with a few references to episodes from the latter stages of the series’ original twenty year run. This is a sequel to the episode “Mannon”, which aired in January 1969. Forrest picks up where he left off from that show as the villain sworn on revenge and who has no redeeming characteristics. He shares screen time with a secondary plot line involving Holliman, who escapes prison in an attempt to warn Arness, but become embroiled with former gang members looking to chase him down for the bounty. Arness gives a mean and gritty performance and is briefly reunited with Blake, who slips easily back into her role as Kitty. The finale is an inevitable showdown on the streets of Dodge City which harks back to the early days of the show. Filmed not in the wilds of Kansas but in the picturesque Alberta, Canada. Followed by GUNSMOKE: THE LAST APACHE (1990).