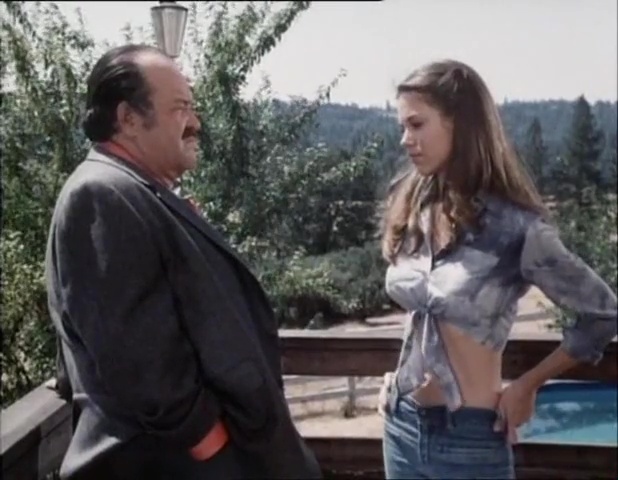 Cannon  (Conrad) travels to the quiet, remote town of Mercer, California to help his friend Ian Kirk (Janssen, in a rare late career guest slot) who is suspected of murdering his rich wife (Crosby) and her paramour Wade Gibson (Rucker). As Cannon tries to prove his friend’s innocence, he gets help from the mayor (Baxter) but is stymied in his efforts by the sheriff (Sullivan)’s office. Several other viable suspects present themselves, people who had reason to hate Wade, including his stepfather (Hamilton) and the sheriff’s daughter (Purcell). This feature-length opener to season three of the popular TV series is a more complex mystery than the standard TV fare, reflecting its literary roots (it was based on a novel by David Delman). There is a great role for Baxter as the small town’s mayor who seems to be the only one in turn willing to give Conrad a fair crack of the whip. The action scenes are well-mounted, and Donner works the script well, but the camera work is largely unimaginative, lacking the hand-held realism of the pilot film. Nevertheless, the strong cast and script make this an enjoyable episode. Shot on location in Grass Valley, northern California. 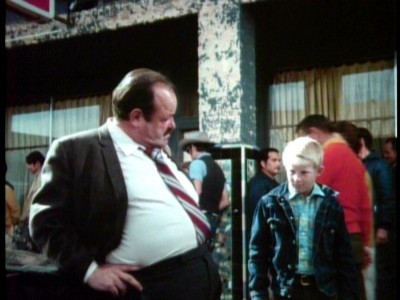 William Conrad stars as portly private detective Frank Cannon who investigates the murder of his ex-girlfriend (Miles)’s husband and gets entangled in small-town corruption. This is the pilot for the long-running series, which ran for five seasons from 1972-76. The story may be a standard mystery, but Conrad’s colourful performance and a strong guest cast make it an enjoyable movie. McCowan directs with some flair and adds a gritty realism through his frequent use of hand-held camera. A reunion movie THE RETURN OF FRANK CANNON (1980) appeared later.