LIVE AND LET DIE  (1954) ***½
by Ian Fleming
This paperback edition published by Vintage, 2019, 303pp
First published by Jonathan Cape in 1954
© Ian Fleming Publications Ltd., 1954
ISBN: 978-0-099-57686-0
Blurb: Mr Big is brutal, brilliant and feared worldwide. Protected by Voodoo forces and the psychic powers of his prisoner Solitaire, he is an invincible SMERSH operative at the head of a ruthless smuggling ring. James Bond’s new assignment will take him to the heart of the occult: to infiltrate this secret world and destroy Mr Big’s global network. From Harlem’s throbbing jazz joints to the shark-infested waters of Jamaica, enemy eyes watch Bond’s every move. He must tread carefully to avoid a nightmarish fate.
Comment: Ian Fleming’s follow-up to his debut James Bond novel Casino Royale is a fast-paced and entertaining read. It is also a relic of its time and the text, although softened in this version, should be taken in that context in the way it deals with its largely black cast of characters. Bond is up against Mr. Big, who is smuggling sunken pirate treasure to help fund the Russian spy network SMERSH. Bolstered by its action set-pieces – notably as Bond and Felix Leiter penetrate Mr Big’s empire resulting in Leiter “disagreeing with something that ate him” and the tense finale where Bond and Solitaire are hauled over a corral reef. The book has three settings – New York, the Florida keys and Jamaica and is the first of the books to introduce a globe-hopping element. Bond is presented as a tough and single-minded agent with little time for sentiment. Mr. Big is an impressive, if two-dimensional, villain. Themes of voodoo permeate throughout the plot, but are not fully explored. Solitaire is a little bland and her supposed powers to see into the future are underplayed as a potentially interesting character dissolves into the typical captive woman yearning for Bond to free her. Fleming was still honing his craft at this stage and better stories and plots would follow, but it remains a good example of why the series became so popular.

Blurb: Le Chiffre is a businessman with expensive tastes – and SMERSH’s chief operative in France. As his dissolute lifestyle threatens to ruin him, his only hope of survival is to risk his paymasters’ money at the baccarat table. Across from him sits James Bond, the finest gambler in the British secret service. Bond’s mission: to outplay Le Chiffre and shatter his Soviet cell. midst the opulence of the Royale-les-Eaux casino, the two men face each other in a game with the highest stakes of all.
Comment: The book that started a phenomenon. Ian Flemings’ Casino Royale introduces us to Britsh spy James Bond – 007. The story is a relatively low key beginning for Bond, bearing in mind what was to follow, but that is part of the books’ charm. By pitting Bond against an enemy agent in a card game we get to delve into Bond’s character and philosophy. His attitudes, particularly to women, may seem anachronistic today but were indicative of the time the book was written. Published only a few years after the end of World War II it demonstrated how many men found it difficult to share their emotions – their sensitivities hardened by their experience by their wartime experience. The plot is fanciful in its set-up of the card game being a vehicle by which Le Chiffre urgently seeks to recover lost funds in order to redeem his benefactors. Once we have accepted the notion then we are treated to a tense battle of wills. The second half of the book deals with the aftermath of the game and includes a torture scene that has become infamous over the years and is certainly extremely sadistic – even by today’s standards. Bond’s falling for his fellow agent, Vesper Lynd, plays out alongside this and leads to a shocking finale which goes a long way to explaining Bond’s approach with women in the books that followed. Fleming’s writing is also at its tightest here and he describes the card game with a depth of knowledge. The short chapters keep the reader turning the pages by either ending on a key plot progression or mid-scene. This debut work is Fleming at his most efficient and Casino Royale remains one of the best of the series. 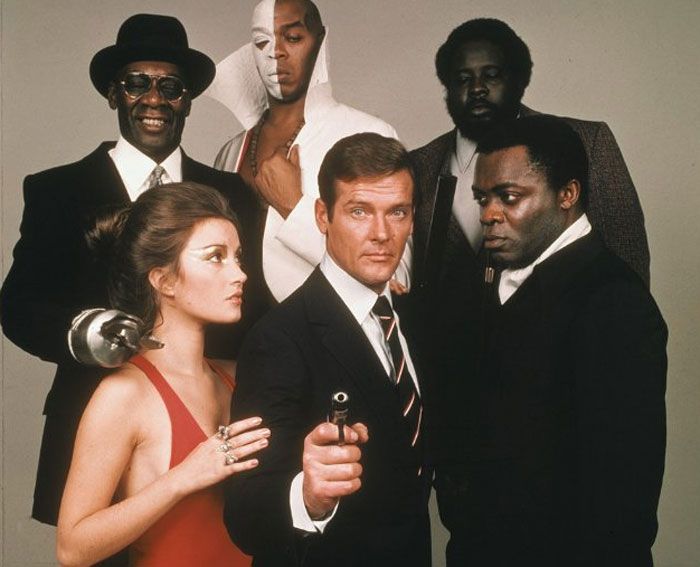 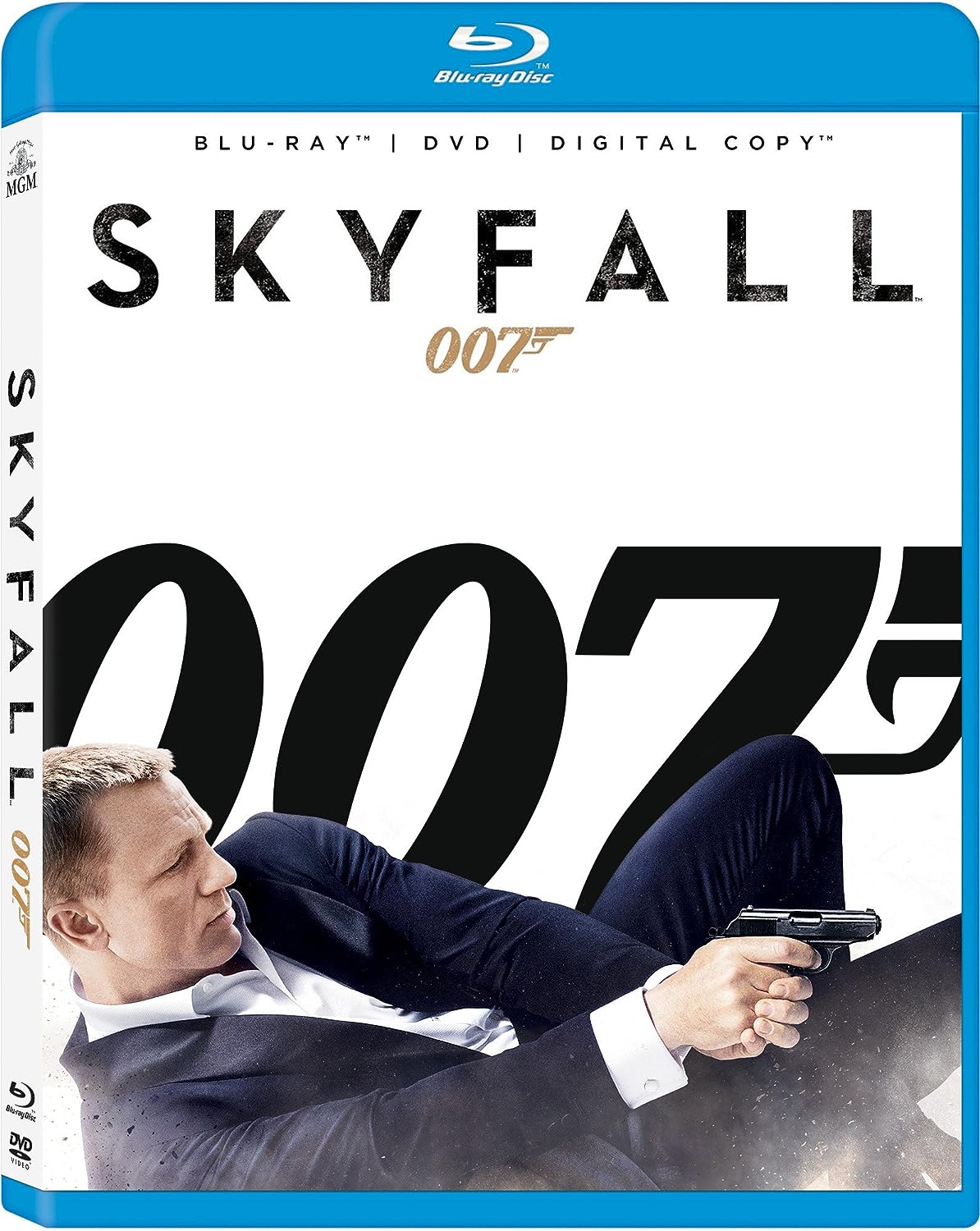 Skyfall (2012; UK/USA; Colour; 143m) ∗∗∗∗½  d. Sam Mendes; w. Neal Purvis, Robert Wade, John Logan; ph. Roger Deakins; m. Thomas Newman.  Cast: Daniel Craig, Judi Dench, Javier Bardem, Ralph Fiennes, Naomie Harris, Bérénice Marlohe, Albert Finney, Ben Whishaw, Rory Kinnear, Ola Rapace, Helen McCrory, Nicholas Woodeson, Bill Buckhurst, Elize du Toit.  James Bond’s loyalty to M is tested as her past comes back to haunt her. As MI6 comes under attack, 007 must track down and destroy the threat, no matter how personal the cost. Engrossing and emotive, this is one of the best of the series with Craig delivering his strongest performance to date as Bond and Dench having a much greater involvement as M. Whishaw debuts as a geeky young Q. Bardem stays the right side of caricature in a delicious turn as the villain of the piece. Thrilling, explosive finale at Bond’s ancestral home in the Scottish Highlands. Production credits are all top notch and Deakins’ cinematography is sumptuous. Oscar winner for Best Song (“Skyfall” by Adele and Paul Epworth) and Sound Editing (Per Hallberg and Karen Baker Landers). Based on characters created by Ian Fleming. [12]

Quantum of Solace (2008; UK/USA; Colour; 106m) ∗∗∗  d. Marc Forster; w. Paul Haggis, Neal Purvis, Robert Wade; ph. Roberto Schaefer; m. David Arnold.  Cast: Daniel Craig, Olga Kurylenko, Mathieu Amalric, Judi Dench, Giancarlo Giannini, Gemma Arterton, Jeffrey Wright, David Harbour, Jesper Christensen, Anatole Taubman, Rory Kinnear, Tim Pigott-Smith, Joaquín Cosio, Fernando Guillén Cuervo, Jesús Ochoa. Seeking revenge for the death of his love, secret agent James Bond sets out to stop an environmentalist from taking control of a country’s valuable resource. Disappointing follow-up to CASINO ROYALE suffers more from comparison to the film it follows than to the rest of the franchise. The exceptionally tough action sequences are too frenetically shot and edited thus rendering them breathless as well as incomprehensible, save for one excellent sequence shot at the opera during a performance of “Tosca.” The characters and the plot are given little room to breathe as a result of Forster’s seeming insistence in prioritising style over substance, but Craig does continue to impress as 007. [12]

Casino Royale (2006; USA/UK/Germany/ Czech Republic; Colour; 144m) ∗∗∗∗∗ d. Martin Campbell; w. Neal Purvis, Robert Wade, Paul Haggis; ph. Phil Meheux; m. David Arnold.  Cast: Daniel Craig, Eva Green, Mads Mikkelsen, Judi Dench, Jeffrey Wright, Giancarlo Giannini, Caterina Murino, Simon Abkarian, Isaach De Bankolé, Jesper Christensen, Ivana Milicevic, Tobias Menzies, Claudio Santamaria, Sebastien Foucan, Malcolm Sinclair. In his first mission, James Bond must stop Le Chiffre, a banker to the world’s terrorist organizations, from winning a high-stakes poker tournament at Casino Royale in Montenegro. Craig makes an excellent debut as 007 in arguably the best Bond movie. The action is fast and furious in the opening and closing sequences whilst the engrossing plot carries us through the centre of the film. All the elements are there but this is a tough, rugged entry in a series that has rebooted itself in some considerable style. Based on the novel by Ian Fleming. [12]