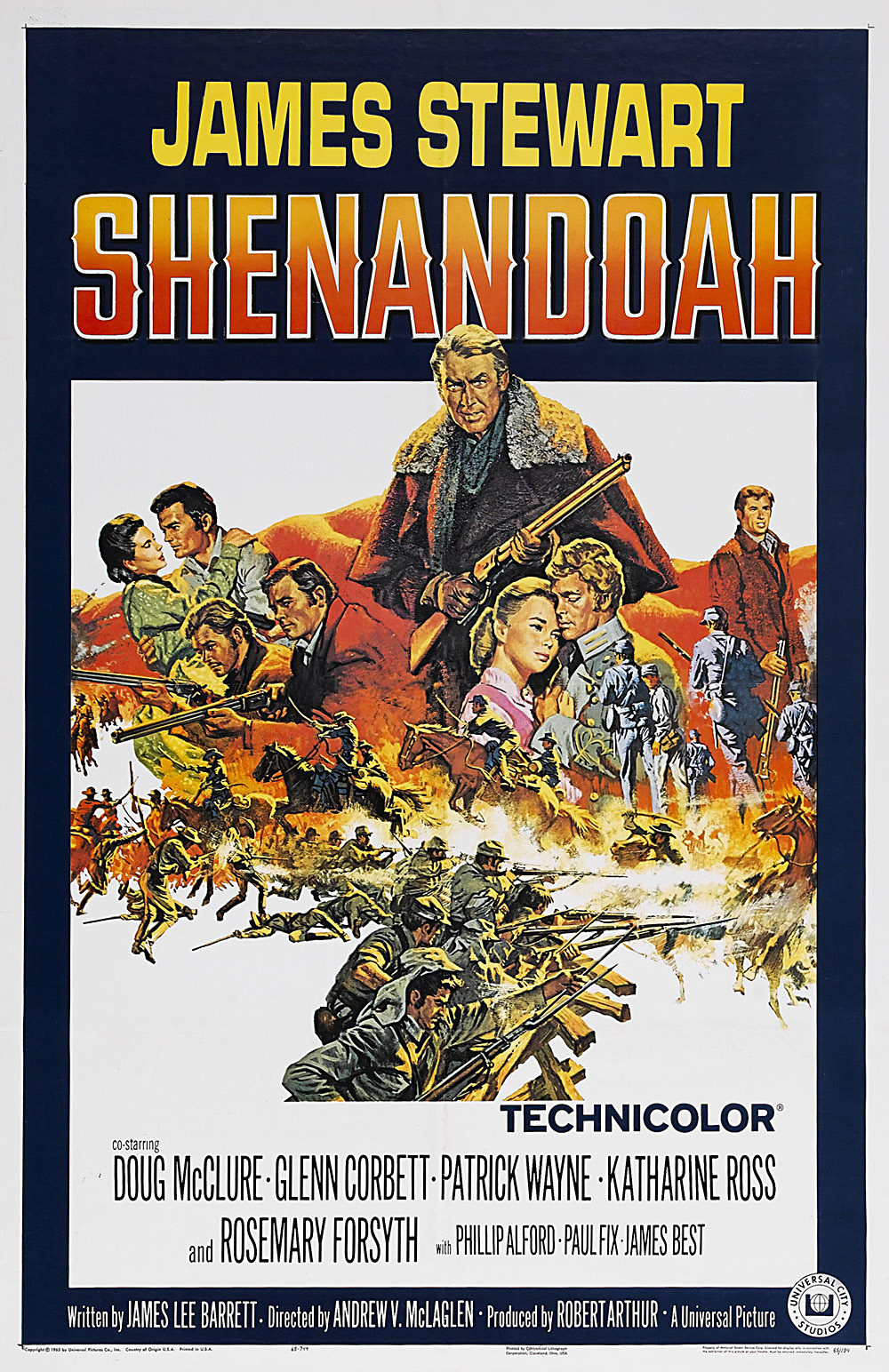 Shenandoah (1965; USA; Technicolor; 105m) ∗∗∗∗  d. Andrew V. McLaglen; w. James Lee Barrett; ph. William H. Clothier; m. Frank Skinner.  Cast: James Stewart, Rosemary Forsyth, Doug McClure, Katharine Ross, George Kennedy, Patrick Wayne, Strother Martin, Glenn Corbett, Philip Alford, Charles Robinson, Denver Pyle, Charles Robinson, Gene Jackson, Tim McIntire, Jim McMullan. A farmer in Shenandoah, Virginia and finds himself (and his family) in the middle of the Civil War. First-rate story of a family’s struggles to come to terms with the war raging around them. Stewart is superb as the head of the family spirited into action when his youngest son is taken prisoner. Whilst it is occasionally over-sentimental and the ending is a little too convenient, it is still a thoroughly entertaining and effective movie that will melt the stoniest of hearts. Ross’ film debut. The movie was turned into the stage musical under the same title in 1975 starring John Cullum. [PG]