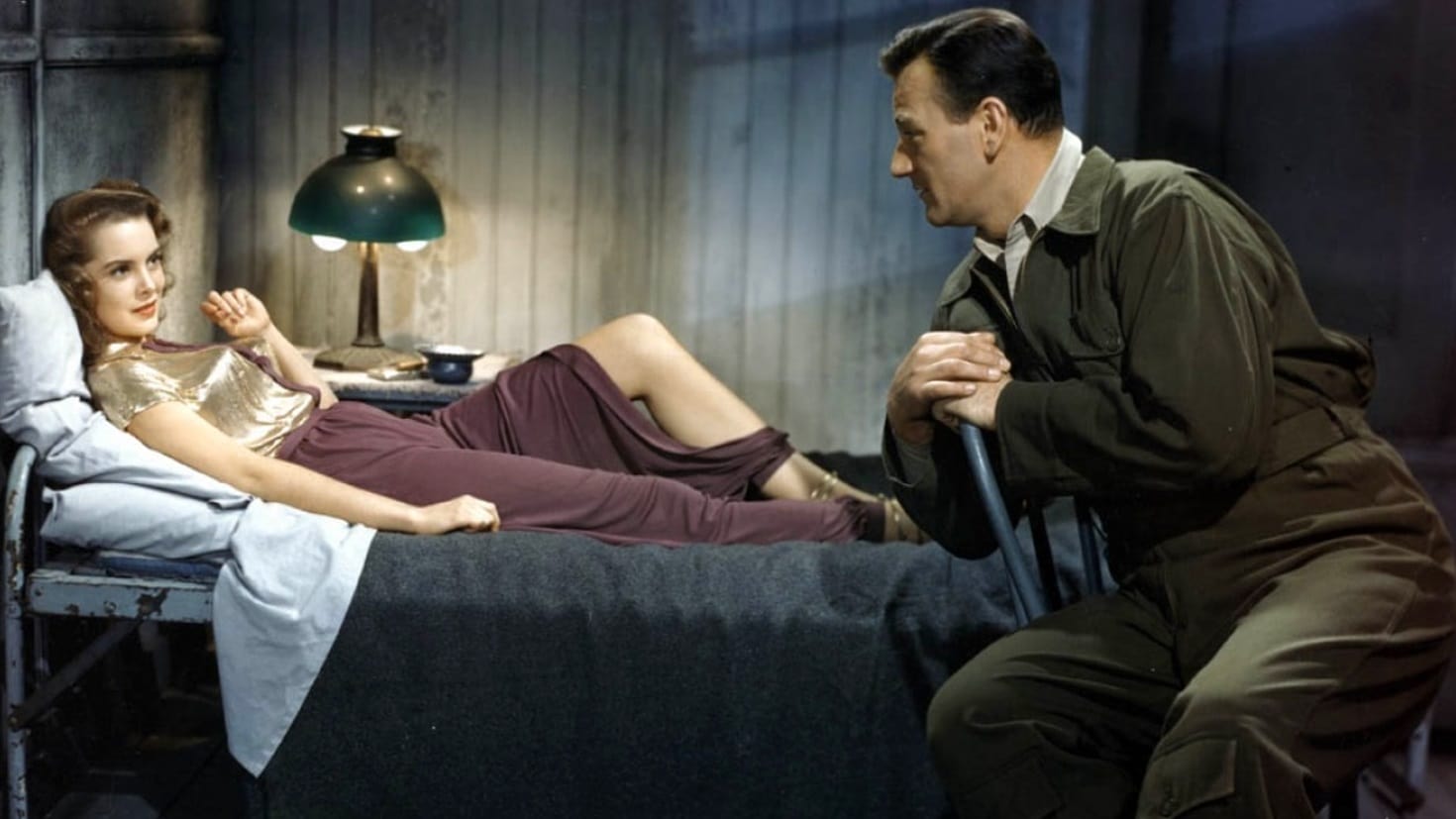 Jet Pilot (1957; USA; Technicolor; 112m) **  d. Josef Von Sternberg; w. Jules Furthman; ph. Winton C. Hoch; m. Bronislau Kaper.  Cast: John Wayne, Janet Leigh, Jay C. Flippen, Paul Fix, Richard Rober, Hans Conried, Denver Pyle, Roland Winters, Kenneth Tobey. An Air Force colonel is assigned to escort defecting Soviet pilot and falls in love with her, but she is scheming to lure him back to the USSR. Poorly directed story fails to engage on any level and only the superb aerial photography and flight sequences make this film interesting. Tone veers uneasily from drama to comedy as Wayne and Leigh, who is at least appealing in her Russian spy role, skirt around each other. Filmed in 1949-50, this long held-back movie was finally released seven years later. [U]