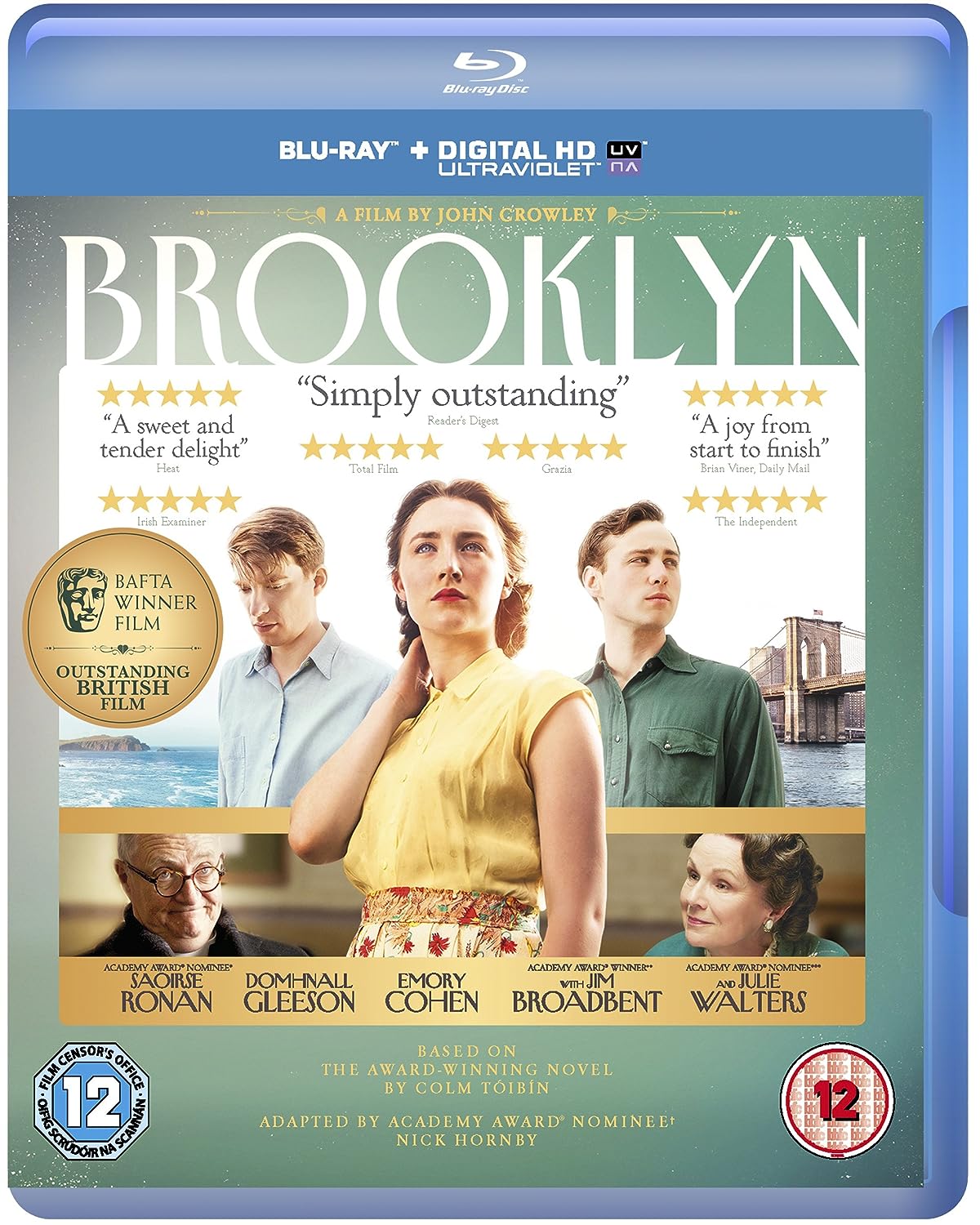 Brooklyn (2015; Ireland/UK/Canada; Colour; 112m) ∗∗∗∗  d. John Crowley; w. Nick Hornby; ph. Yves Bélanger; m. Michael Brook.  Cast: Saoirse Ronan, Domhnall Gleeson, Emory Cohen, Julie Walters, Jim Broadbent, Michael Zegen, Mary O’Driscoll, Eileen O’Higgins, Emily Bett Rickards, Paulino Nunes, Eve Macklin, Maeve McGrath, Jenn Murray, Aine Ni Mhuiri, Nora-Jane Noone. Romantic drama set in the 1950s in which a young woman on a visit to her native Ireland from New York must decide in which country and with which man she will spend the rest of her life. Beautifully paced tale benefits from a strong cast and a script that manages to keep the heart of the story and avoid falling into cliché. Rich period detail adds greatly to this agreeably old-fashioned production. The city of Brooklyn in the film was actually shot in Montreal for budgeting reasons. Based on the novel by Colm Toibin. [12]