BERGERAC: ALL FOR LOVE (UK, 1991) ***½
Distributor: British Broadcasting Corporation (BBC); Production Company: British Broadcasting Corporation (BBC) / Seven Network; Release Date: 26 December 1991; Running Time: 106m; Colour: Colour; Sound Mix: Dolby; Film Format: 16mm; Aspect Ratio: 1.33:1; BBFC Cert: 12.
Director: Terry Marcel; Writer: John Milne; Producer: George Gallaccio; Director of Photography: John Walker; Music Composer: Ray Russell, Kevin Townend; Theme Music: George Fenton; Film Editor: Bernard Ashby; Production Designer: Merle Downie, Stephen Sharratt; Costumes: Jacky Levy; Make-up: Pauline Cox; Sound: Simon Wilson; Stunt Arranger: Rocky Taylor.
Cast:John Nettles (Jim Bergerac), Terence Alexander (Hungerford), Deborah Grant (Deborah Bergerac), Simon Williams (Rupert Draper), Suzan Crowley (Cressida Draper), Bill Nighy (Barry), Roger Sloman (Inspector Deffand), John Telfer (Willy Pettit), Al Ashton (DC Ramsden), David Kershaw (Ben Lomas), Jane Downs (Petra Crowe-Smith), Peter Watts (Ronnie), Philip Glenister (Philip), Bruno Madinier (Pascal), Charmaine Parsons (Ellie), Catherine Rabett (Jane), Iain Rattray (Club Waiter), Malcolm Gerard (Dentist), Gordon Salkilld (Barman).
Synopsis: After receiving a letter from Danielle ending their relationship, Jim Bergerac starts drinking again. To keep him out of trouble, Charlie takes him to Bath, where art dealer Rupert Draper will be buying a painting that Charlie was given as payment for a debt. Once in Bath, Jim falls for the charms of Rupert’s faithless wife, unaware that she is using him to take the rap for a murder, back in Jersey, where a body is found in the burnt-out remains of Rupert’s shop.
Comment: The last of six feature-length Bergerac specials and the last ever episode of the series was broadcast at Christmas 1991. Series 9 had seen a major shift in the series with Bergerac operating as a private investigator. As a result the series lost much of its charm and the constant switches of locale between Jersey and France did not help. However, for this final feature-length special the noir-ish elements hinted at through the preceding season finally gelled into one of the series’s strongest episoides. Nettles gives his best performance in the title role, with Bergerac having drifted back in to alcoholism and being made the patsy for an insurance con.  Crowley makes a strong impression as the scheming femme fatale. Nighy is also on hand as a hired assassin who also falls under Crowley’s spell. The climax may feel a little contrived, but the episode delivers a compelling story and points to where the show could have gone had it not been cancelled. 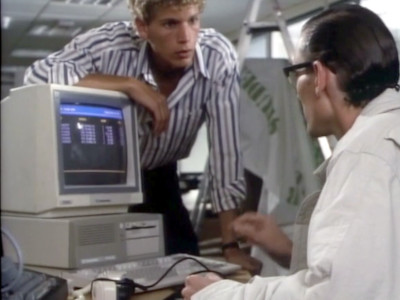 THE THREE MUSKETEERS (1844) *****
by Alexandre Dumas
Translated by Lawrence Ellsworth (2018)
This edition published by Pegasus, 2018, 814pp (760pp)
Interior Design by Sabrina Plomitallo-Gonzalez
ISBN: 978-1-64313-040-8
includes an introduction by Lawrence Ellsworth; Dramatis personae: Historical Characters; Notes on the Text; Illustrations by Maurice Leloir.
Blurb: A new and vibrant translation of Alexandre Dumas’s renowned The Three Musketeers, following the adventures of the valiant d’Artagnan and his three loyal comrades. The novel’s fast-moving story is set in the royal court of Louis XIII, where the swaggering King’s Musketeers square off against their rivals: the crimson-clad Guards of the dreaded Cardinal Richelieu. The Red Duke rules France with an iron hand in the name of King Louis and of Queen Anne, who dares a secret love affair with France s enemy, England s Duke of Buckingham. Into this royal intrigue leaps the brash d’Artagnan, a young swordsman from the provinces determined to find fame and fortune in Paris. Bold and clever, in no time the youth finds himself up to his Gascon neck in adventure, while earning the enduring friendship of the greatest comrades in literature, the Three Musketeers: noble Athos, sly Aramis, and the giant, good-hearted Porthos.
Comment: This brand new translation of Dumas’ classic adventure is by Lawrence Ellsworth, a student of Dumas’ fiction who had translated the Dumas rarity The Red Sphinx for the first time into the English language the previous year. Ellsworth’s expertise is evident throughout this vibrant new take on Dumas’ most celebrated novel. Having previously read the novel in a translation by Lord Sudeley, I was impressed by Ellsworth’s slant on the prose making it immediately more accessible whilst staying honest to Dumas. Any translation is reflective of the period in which the translator is operating and the only other recent translation was Richard Pevear’s 2006 take on the story. That too was well-received, but most commentators now acknowledge Ellsworth’s as the definitive version for a contemporary readership. The story seems to open up more and the often clumsy dialogue interpretations from previous versions are replaced with flowing, witty and elegant wordplay that more accurately reflects the characters. Re-reading the book has further cemented it as the classic it undoubtedly is – with its sweeping themes of romance, courage, vengeance, war, political intrigue and bold adventure irresistible. The dramatic finale is unforgettable and Ellsworth expertly captures the building tension. The intention is for Ellsworth to work through the remaining novels featuring Dumas’ musketeers, with Twenty Years After having just been re-published in hardback. For anyone who has never read The Three Musketeers, this is the version to go for. 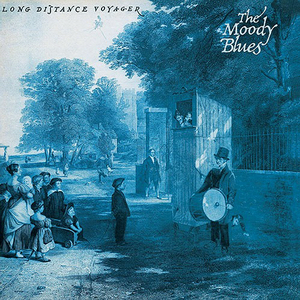 The Moody Blues are best known today for their 1967 mega-ballad “Nights in White Satin”, although they had a UK #1 with their second single “Go Now” back in 1964. By 1981, in the post-punk/new wave era, the band had come to be viewed as something of an anachronism with its penchant for gentle acoustic and orchestral arrangements at odds with the more simplistic and electric approach being championed by the days’ top bands. Indeed, the Moodies had only released one new studio album since 1972, that being 1978’s OCTAVE, which had been largely undistinguished, despite hitting #5 in the UK album chart. This made LONG DISTANCE VOYAGER, released three years later, all the more surprising for its consistently high quality of songwriting and updated sound. The album heralded the arrival of former Yes-man Patrick Moraz on keyboards to replace founder member Mike Pinder. The result was a more modern approach, whilst still retaining the trademarks of gorgeous acoustic guitar arrangements and sympathetic orchestration. The most impressive aspect though was the quality of the songs.

The album opener, “The Voice”, begins with an atmospheric synth refrain from Moraz before launching into an up-tempo acoustic guitar-driven song typical of Hayward. The listener can lose themselves in the lilting harmonies and melodies of “Talking Out of Turn” and the wonderfully glowing ballad “In My World” – possibly Hayward’s best since “Nights in White Satin”. These two songs have extended sections that may seem a little self-indulgent but are not unwelcome because they transport you into their world with a warm glow in your heart. “Gemini Dream” channels Jeff Lynne and ELO extremely effectively with its bouncing synth lines and melodic hook make it the catchiest tune on the album.  “Meanwhile” is another winner of a ballad, more up-tempo this time with a prodding bass line. “22,00 Days” opens like a Pink Floyd mid-tempo rocker with its pounding rhythm and has a big chorus. “Nervous” is another strong melodic mid-tempo tune with slide guitar and heavy orchestration that again echoes ELO. The album’s three-part closer is perhaps the only misstep with its eccentric mix of music hall, eastern melodies and bombastic rock at odds with the more graceful music that precedes it. This was no doubt the intention and on a good day, Thomas’ quirky mini-opera of court jesters and backstage antics can raise a smile through its sheer impudence.

LONG DISTANCE VOYAGER was to be The Moody Blues’ last top 10 album in the UK. It may sound a little dated today production-wise, but so does much of the music from the 1980s and here it is the songs that shine through with a warming glow.

Don’t just take my word for it:

“Progressive rock bands stumbled into the ’80s, some with the crutch of commercial concessions under one arm, which makes the Moody Blues’ elegant entrance via LONG DISTANCE VOYAGER all the more impressive.” – Dave Connolly, All Music Guide

“LONG DISTANCE VOYAGER is one of the most seamlessly embroidered records I’ve ever heard. The Moody Blues’ musical canon doesn’t always go boom, but it’s dignified, eloquent and, like good sherry, should warm the hearts of their veteran cosmic fans–and any others who choose to listen with fresh ears.” – Parke Puerbaugh, Rolling Stone 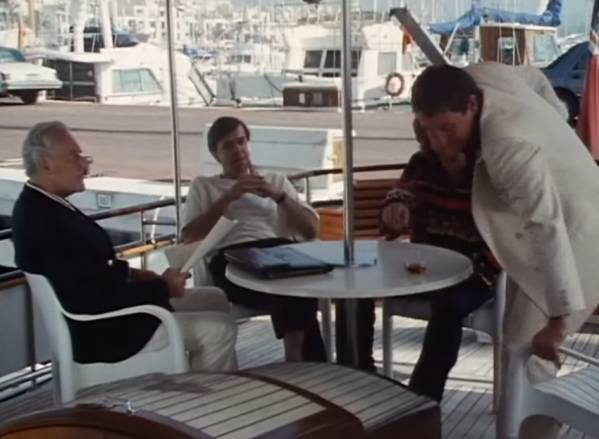 I have had confirmation from my publisher, McFarland & Co., that the suggestion of title for my forthcoming Genesis book has been agreed and is The Songs of Genesis: A Complete Guide to the Studio Recordings.  I’ll post further updates as the book progresses toward publication.

Sticking It to the Man: Revolution and Counterculture in Pulp and Popular Fiction, 1950 to 1980, Andrew Nette and Iain McIntyre’s collection of essays and articles on how pulp fiction mirrored the changing politics and culture of the 1950s, ’60s, and ’70s, is published on 15 November. I have contributed one of two pieces on Shaft, with Michael A. Gonzales contributing the other. The book is a follow-up to their 2017 publication Girl Gangs, Biker Boys, and Real Cool Cats: Pulp Fiction and Youth Culture, 1950 to 1980. 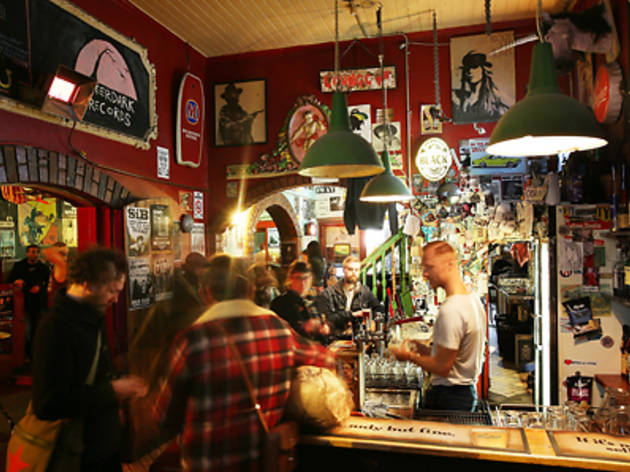 There will be a launch event held at The Old Bar, 74- 76 Johnson St, Fitzroy, Melbourne, Victoria, Australia on 3 December at 6.30 p.m. where they’ll be joined by literary historian and pulp fiction fan Stuart Kellis.