Blurb: After being voted out of office and returning to the war zone he’d left behind, Quinn Colson is back in Jericho, trying to fix things with his still-married high school girlfriend and retired Hollywood stuntman father. Quinn knows he doesn’t owe his hometown a damn thing, but he can’t resist the pull of becoming a lawman again and accepts a badge from his former colleague, foul-mouthed acting Sheriff Lillie Virgil. Both officers have fought corruption in Tibbehah County before, but the case they must confront now is nothing like they’ve ever seen. When a former high school cheerleader is found walking a back road completely engulfed in flames, everyone in Jericho wants answers for the senseless act of violence. As Quinn and Lillie uncover old secrets and new lies, the entire town turns against them, and they soon learn that the most dangerous enemies may be the ones you trust most.

This is the sixth book in Ace Atkins’ series featuring Sheriff Quinn Colson set in the small county of Tibbehah. Atkins continues to produce quality writing, notably in character and dialogue echoing one of his heroes – Elmore Leonard. The plot itself is familiar, but does introduce a shock element in its closing chapters. There is also the ongoing arc surrounding Quinn’s family and his love life. These sub-plots remain unresolved at the novel’s conclusion compelling the reader to return for the next volume. Also unresolved is the set up of a new adversary in the form of Fannie Hathcock, who has taken over as the owner of the strip bar from the imprisoned Johnny Stagg. She establishes an antagonistic relationship with Lillie Virgil from the off, as the similarities in their personalities initially cause a clash, but ultimately creates a way they can be of mutual benefit. Whilst this novel is familiar to those who have read earlier books in the series, it is still an entertaining read and the unresolved arcs leave a hook to pull you in to the next adventure. According to ComicBook.com, the photo shoot was organised by Aleks Musika to publicise clothing from his Musika Frere fashion line. 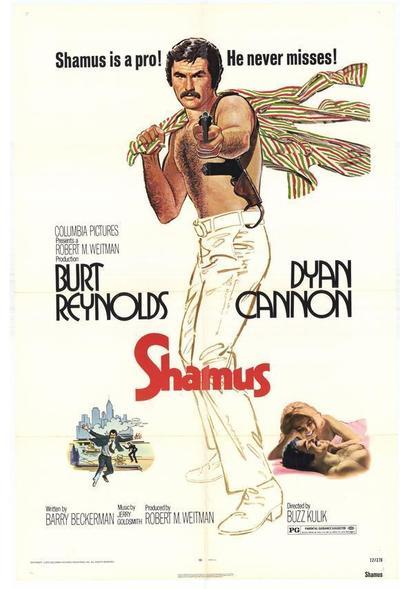 Shamus (1973; USA; Eastmancolor; 106m) **½  d. Buzz Kulik; w. Barry Beckerman; ph. Victor J. Kemper; m. Jerry Goldsmith.  Cast: Burt Reynolds, Dyan Cannon, John P. Ryan, Joe Santos, Georgio Tozzi, Kevin Conway, John Glover, Ron Weyand, Beeson Carroll, Larry Block, Kay Frye, Merwin Goldsmith, Melody Santangello, Irving Selbst, Alex Wilson. A New York private eye likes girls, drink and gambling, but by the look of his flat business can’t be too hot. So, an offer of $10,000 to finds some diamonds stolen in a daring raid with a flame-thrower is too good to miss. Tonal shifts jar in this detective vehicle for Reynolds, whose easy-going charm is the best thing about this yarn. The action sequences are well staged and there is good use of grimy NYC locations, but the script lacks focus and the characters are stereotypical. Followed by the TV movie A MATTER OF WIFE… AND DEATH (1976) with Rod Taylor taking over the lead. [18]

Trouble Man (1972; USA; Colour; 99m) ***  d. Ivan Dixon; w. John D. F. Black; ph. Michel Hugo; m. Marvin Gaye.  Cast: Robert Hooks, Paul Winfield, Ralph Waite, William Smithers, Paula Kelly, Julius Harris, Bill Henderson, Wayne Storm. Things begin to unravel when a supercool black fixer is hired to straighten out some crooks. Typical example of the blaxploitation cinema that dominated the early 1970s. Hooks is the supercool Mr. T, whose attitude carries more than a hint of SHAFT – on which both producer Joel Freeman and writer/exec producer Black had worked. The script is fairly routine as is the violence and mayhem, but there is a sense of style in Dixon’s direction. Gaye provides the funky score. [15] 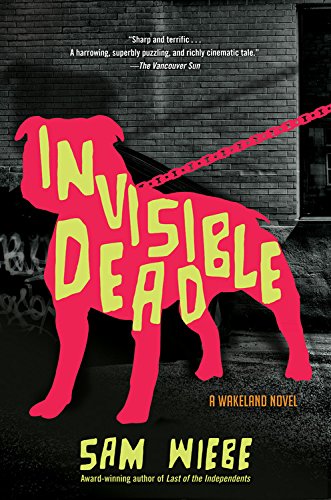 Blurb: An ex-cop who navigates by a moral compass stubbornly jammed at true north, Dave Wakeland is a talented private investigator with next to zero business sense. And even though he finds himself with a fancy new office and a corporate-minded partner, he continues to be drawn to cases that are usually impossible to solve and frequently don’t pay. When Wakeland is hired by a terminally ill woman to discover the whereabouts of her adopted child-who disappeared as an adult more than a decade earlier-it seems like just another in a string of poor career decisions. But it turns out this case is worse than usual, even by his standards. With only an anonymous and vaguely worded tip to guide him, Wakeland interviews an imprisoned serial killer who seems to know nothing about the case, but who nonetheless steers him toward Vancouver’s terrifying criminal underworld. And it all goes downhill from there. Whatever ghosts drive Wakeland, they seem to drive him inexorably toward danger-a journey he’s content to take so long as it means finding out what happened to someone the rest of the world seems happy enough to forget. With nothing to protect him but his wit and his empathy for the downtrodden and disenfranchised, Wakeland is on the case.

Whilst there are occasional affectionate nods to its pulp fiction roots, this is a thoroughly modern take on the first-person private eye mystery. Here the case surrounds the search for a girl who has been missing for ten years, having been estranged from her family after being sucked into a life of drugs and prostitution. Wiebe’s view of this sleazy world is a nasty and violent one populated with self-satisfying characters who you would not want to meet on the dark streets. Throughout this, the writer manages to keep Wakeland a likeable hero – seemingly the only character in the book with a moral compass – and it is his observations that keep the book readable through to its inevitable conclusion. It is not for the faint-hearted – there are a number of unpleasant sequences, which may suggest Wiebe is trying too hard to shock at times. But it may also be that he is merely trying to de-glamorise the legacy he also pays homage to.

Blade Runner 2049 (2017; USA/UK/Canada; Colour; 163m) ****  d. Denis Villeneuve; w. Hampton Fancher, Michael Green; ph. Roger Deakins; m. Hans Zimmer, Benjamin Wallfisch.  Cast: Ryan Gosling, Harrison Ford, Ana de Armas, Jared Leto, Lennie James, Robin Wright, Dave Bautista, Edward James Olmos, Barkhad Abdi, Hiam Abbass. Thirty years after the events of BLADE RUNNER, a new blade runner, LAPD Officer K (Gosling), unearths a long-buried secret that has the potential to plunge what’s left of society into chaos. K’s discovery leads him on a quest to find Rick Deckard (Ford), a former LAPD blade runner who has been missing for 30 years. Expanding on the events and consequences of the original story, this is a visual treat. Gosling impressively portrays the ambiguity and doubts of his character, whilst Villeneuve patiently builds the narrative using the elements of the multi-layered plot. Fans of the original will be delighted, but it may be harder-going for others unfamiliar with the concept. [15]