Doctor Who: Thin Ice (TV) (2017; UK; Colour; 44m) ∗∗∗  pr. Nikki Wilson; d. Bill Anderson; w. Sarah Dollard; ph. Damian Bromley; m. Murray Gold.  Cast: Peter Capaldi, Pearl Mackie, Matt Lucas, Nicholas Burns, Asiatu Koroma, Simon Ludders, Tomi May, Guillaume Rivaud, Ellie Shenker, Peter Singh, Badger Skelton, Austin Taylor, Kishaina Thiruselvan.  London, 1814. The entire city has turned out for the biggest Frost Fair in decades. But beneath the frozen Thames, revellers are disappearing, snatched through the ice and pulled into the depths where a terrifying monster lurks. Will the Doctor and Bill stop the slaughter before they too are dragged into the icy waters? Fun episode with superb production values capturing London in the early 19th century. The story is no great shakes and lacks any real tension, but there is nice interplay between the leads and enough spirit to make it entertaining. [PG]

Blurb: 12 DEAD GIRLS As dawn breaks on a snowy February morning, a refrigerated lorry is found parked in the heart of London’s Chinatown. Inside, twelve women, apparently illegal immigrants, are dead from hypothermia. 13 PASSPORTS But in the cab of the abandoned death truck, DC Max Wolfe of West End Central finds thirteen passports. WHERE IS SHE? The hunt for the missing woman will take Max Wolfe into the dark heart of the world of human smuggling, mass migration and 21st-century slave markets, as he is forced to ask the question that haunts our time. What would you do for a home?

Having really enjoyed The Hanging Club I delved straight into Parsons’ new novel, the fourth in his DC Max Wolfe series. The plot deals with the trafficking of humans from Eastern Europe and again brings Wolfe into confrontation with former London gangster Paul Warboys and his family. The book moves along at a fair lick and there are shocks and twists along the way. But this is less successful than the previous book as some of the police tactics seem questionable at best and reckless at worst. Untrained detectives going undercover into dangerous situation may make for thrilling sequences, but leave the reader questioning the authenticity of it all. There are attempts to add further depth to the lead characters through varying domestic crises, which helps give the story a more rounded feel and the reader characters to root for. The detectives though seem too keen to add their moral stance to every twist and turn of the plot. Overall, whilst not as satisfying as the previous book , this is again a fast, pacy read and never less than entertaining despite its flaws.

Prime Suspect 5: Errors of Judgement (TV) (1996; UK/USA; Colour; 208m) ∗∗∗∗  pr. Lynn Horsford; d. Phil Davis; w. Guy Andrews; ph. Barry McCann; m. Stephen Warbeck.  Cast: Helen Mirren, Steven Mackintosh, David O’Hara, Marsha Thomason, Ray Emmet Brown, John McArdle, Julia Lane, John Brobbey, David Norman, Gabrielle Reidy.  Following an intemperate act at the end of THE SCENT OF DARKNESS, Tennison is assigned to Manchester CID, where she investigates the murder of a drug dealer that she believes was committed by a local gang leader and folk hero known as “The Street”. Excellent installment changes both the locale and the formula and is a battle of wits between cop and villain. Mackintosh and Mirren spark brilliantly in their scenes together. making for riveting viewing that helps us to forgive the rather cliched discovery and standoff finale. [15]

Prime Suspect: The Scent of Darkness (TV) (1995; UK/USA; Colour; 105m) ∗∗∗½  pr. Brian Park; d. Paul Marcus; w. Guy Hibbert; ph. David Odd; m. Stephen Warbeck.  Cast: Helen Mirren, Christopher Fulford, John Benfield, Richard Hawley, Stuart Wilson, Tim Woodward, Stephen Boxer, Stafford Gordon, Joyce Redman, Pip Donaghy, Marc Warren.  A series of brutal sex murders disturbingly similar to the pattern of Superintendent Jane Tennison’s first major case leads to the awful suggestion that she may have caught the wrong man the first time. This installment focuses on Tennison’s reaction to the doubts raised and Mirren is excellent as ever as her character descends into paranoia and increasing alcohol dependency as she tries to prove her initial judgement was correct. The wrap up is a little too neat and swift after the investigation takes one wrong turn after another once Tennison is suspended.  Otherwise, this is a solid mystery and a nice conclusion to the three movies that made up the fourth series of this consistent cop drama. [15] 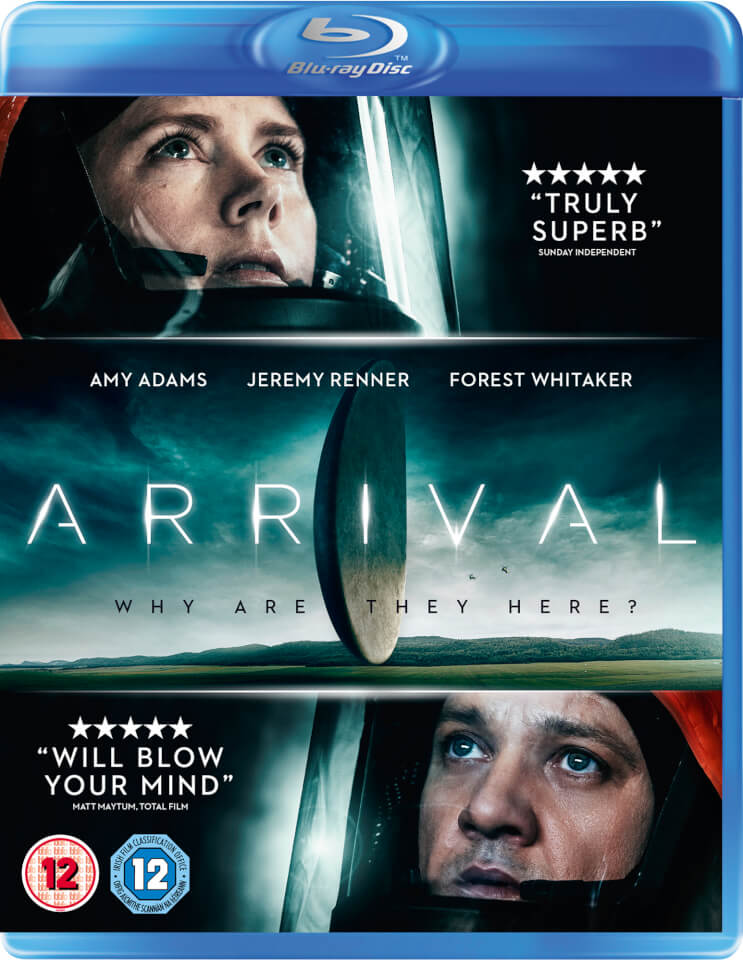 Arrival (2016; USA; Colour; 116m) ∗∗∗∗  d. Denis Villeneuve; w. Eric Heisserer; ph. Bradford Young; m. Jóhann Jóhannsson.  Cast: Amy Adams, Jeremy Renner, Forest Whitaker, Michael Stuhlbarg, Mark O’Brien, Tzi Ma, Nathaly Thibault, Pat Kiely, Joe Cobden, Julian Casey, Larry Day, Russell Yuen, Abigail Pniowsky, Philippe Hartmann, Andrew Shaver. When alien crafts land around the world, an expert linguist (Adams) is recruited by the military to determine whether they come in peace or are a threat. Thought-provoking sci-fi poses as many questions as it answers and as such may not satisfy everyone. But those looking for something more high-brow than the standard alien invasion movie, this gives much to enjoy. Great use of sonics to convey an alien language heightened by a resonant score. Murkily shot to create a genuinely memorable alien environment. Adams and Renner make for effective ordinary scientists in an extraordinary situation. Won Oscar for Best Sound Editing (Sylvain Bellemare). Based on a short story by Ted Chiang. [12]

Doctor Who: Smile (TV) (2017; UK; Colour; 46m) ∗∗½  pr. Peter Bennett; d. Lawrence Gough; w. Frank Cottrell-Boyce; ph. Ashley Rowe; m. Murray Gold; ed. William Oswald.  Cast: Peter Capaldi, Pearl Mackie, Matt Lucas, Kiran L Dadlani, Mina Anwar, Ralf Little, Kalungi Ssebandeke, Kiran Shah, Craig Garner. In the far future, at the edge of the galaxy, there is a gleaming, perfect city. This brand new human settlement is said to hold the secret of human happiness – but the only smiles the Doctor and Bill can find are on a pile of grinning skulls. Something is alive in the walls, and the emojibots are watching from the shadows, as the Doctor and Bill trying to unravel a terrifying mystery. Beautfully shot with great use of the City of Arts and Sciences (Ciudad de las Artes y las Ciencias), in Valencia, Spain as an alien location. Unfortunately the story does little to engage either as a whimsical take on subversion of language or as a tale of technology gone wrong. The interplay between Capaldi and Mackie is good, but they mainly interact with the cute, but bland, emojibots. The threat factor is largely diminished by these robots’ clunkiness. When a human cast eventually emerges from slumber late in the proceedings the story has already moved toward a swift wrap-up, leaving no time for any further development. There is a direct lead in to the next episode THIN ICE at the conclusion, echoing the approach taken during the Hartnell years. [PG]